C and I were minding our own business as we do ( he was feet watching and I was watching him) when suddenly 6 'armed' police men swooped down on him at our local airport. Thankfully they just tried to talk to him as he was acting suspiciously!!!! I stepped in, and they left with apologies.

Incidents like these (its not the first time) are the least of Cs and my worries at the moment. Its been 2 months now since I made it known to Cs case manager that I want to remove C from his group home. Nothing happens fast as they have to have holidays. So am playing the ‘funding game’ which is why i cant just take him out. Thankfully years of experience of this has held me in good stead even though it is different in the adult world, but I am getting there slowly.

Cs home has not improved and to give you a taste of their ethos this is the CD they gave C for Christmas. And yes this was after C had been to a night club! 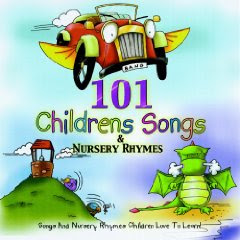 And that was after they told me what they were giving him and I told them in no uncertain terms that I felt this was totally inappropriate (or words to that affect!). They went ahead and gave it to him anyway.
I wont go into how this made me feel as I'm sure you can imagine.


It has been taking a toll on my health. Being a single parent is hard at times. This being one of them making such huge decisions, especially as I don’t want to get it wrong again.
I have found another home, an assessment has been requested. The new home is not autism specific, and they have the opportunity for independent living for the future which is great as I do love the idea of this, but not just yet for C. I recently went to a meeting at The London Autistic Rights Movement which was very inspiring.

I in 5 care homes inspected by the CSCI fail to meet the national minimum standards. Which does not say much for the state of social care in the UK. There is a culture change from not just the size of the room and where the medication is locked up to more about needs and expectations particularly equality dignity and human rights and with the new Valuing people now document this will continue over the next few years.

Disability has been in the news this week. Apparently we have a new scary CBeebies presenter!!
And I am sure you have heard the very sad news of the loss of David and Samantha’s son. My condolences go to the family.

And in Milan on criminal charges of defamation and privacy violation in regard to a video posted on Google’s Italian site of a young man with Down syndrome. Not sure that it will get anywhere, but at least it is being taken seriously, as you know this affects C.

The Autism Bill is being debated in Parliament today, it has had great support. So i look forward to hearing the outcome. Just heard apparently it went very well and is now through to the next stage. You can watch it here.

And i would like to say thank you to Suzanne for making me this beautiful dress which was inspired by my CD and C's love of reflective light. I was really chuffed!
And i would also like to say thank you to Cathy, Neo-Conduit and Viva Vavoom for all giving me awards which i have put on the side bar of my Faces blog.
Norah - could you email me as i pulled your name out of a hat to win a signed copy of the Shrep rap :)

Think that is all my news for now. Will be back again to let you know how things are going. But its all so painfully slow.

Oh and be aware of the Easter rabbit.